Lizards are common pests in houses, factories & building,. There are several different types of lizards that are naturally occur in and around houses, building, factories. They may be a pest according to season or geographical regions. Lizards are pest simply by their presence indoors. They do not live or infest indoor areas but come from surrounding while most people do not like lizards or are frightened by their presence on interior walls and counters. These animals are not harmful. They will not bite people or pests. Lizards are inactive primarily during day and night. They move indoors during the early evening or early morning in search of insects that are attracted to lights. Lizards feed primarily on insects and spiders. They especially prefer ants. They are solitary animal but they may occur in large nos. where there is an abundant vegetation & moist conditions. Matting occurs in the spring & eggs are laid. Soon after the eggs are hatched in summer young lizards take about 2 years to become adult. The young ones are recognized by their small sign of short tail.

This treatment would be carried out by directing the recommended pesticides towards the lizards ant their hideouts & killing them. Spraying of target specific pesticides will be done on electric wires, meter rooms, bathroom, windows, [tunnels,cracks & crevices, and conduits.] Note:pesticides have a characteristic odour. Treatment will be carried out during the evening hours [6.30 p.m. onwards].

This treatment will be done externally only and not within the plant area since the recommended.

There are 35,000 species of spiders worldwide. Many species of spiders are household pests. All spiders are predators feeding mainly on insects and other small arthropods. Body divided into two-region viz. Cephalothorax and abdomen. Four pair of legs are present. Antenna is absent. Spiders are predators, paralyzing or killing their prey with venom. They typically feed by injecting pre-digestive fluid into the body of their prey and then suck in the digested liquid food. Spider can survive without food for several week to four months. Most spiders are nocturnal or active at night and will scummy away when disturbed unless they are tending egg sacs of young ones during the day. They usually remain hidden and inactive in cracks, crevices and their webs etc. The cleaning of the cobwebs should be done prior to our spraying treatment from your end. Spider control treatment comprises of spraying at the ceiling level and corner of the structures where in the particles of the pesticides sprayed can fall on the products/ equipment due to which chances of contamination cannot be ruled out.

Although Honey bees considered to be a nuisance to most people, we consider them to have a great ecological importance. We conduct a professional service that is eco-friendly by removing the hives and solving your problem without killing the bees. 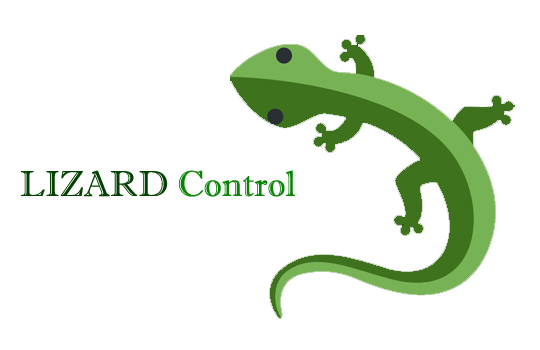 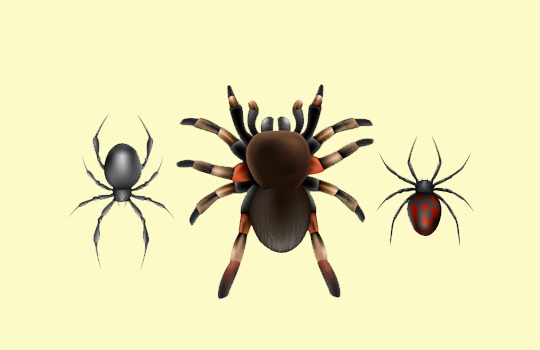 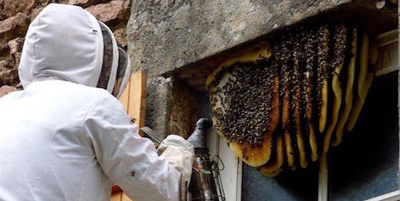 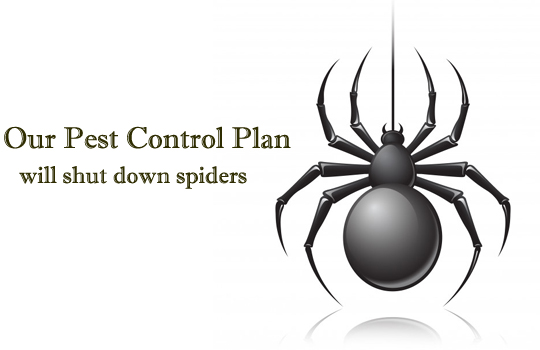 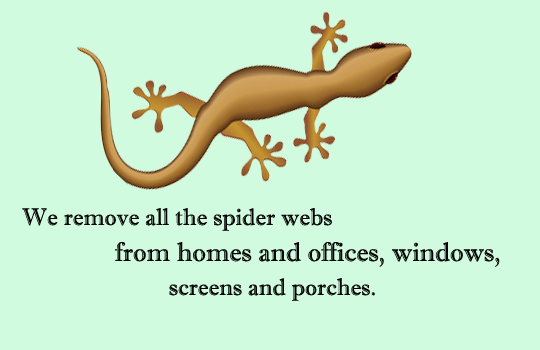